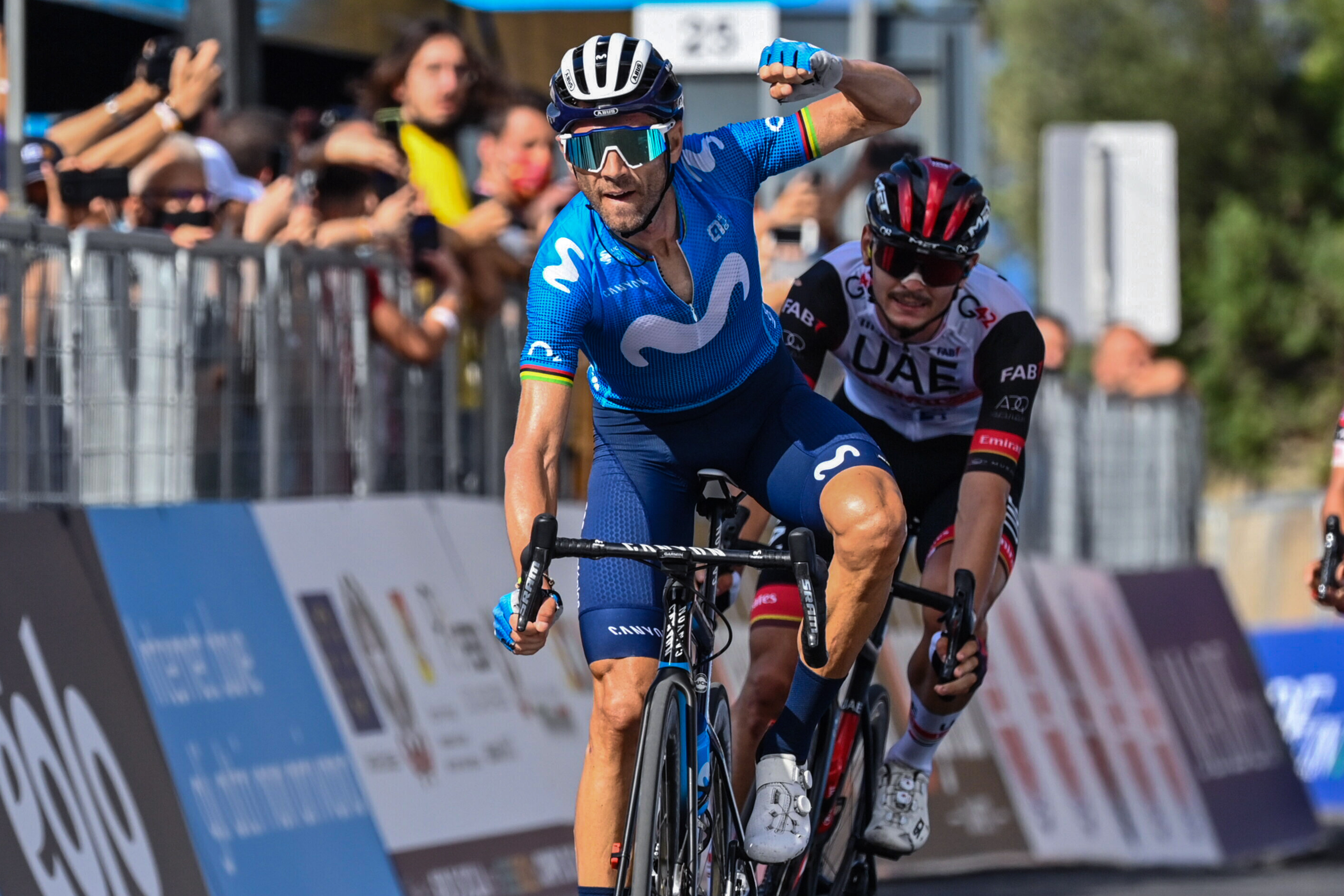 We didn’t have to wait long to celebrate Alejandro Valverde’s first victory after his return. In less than a month, the Movistar Team rider has gone from the operating room to repair a broken clavicle to the podium to collect the winner’s trophy in the third stage of Il Giro di Sicilia.

Valverde beat the Italian Alessandro Covi (UAD) and the Colombian Jhonatan Restrepo (ANS) in Caronia, culminating the fantastic work of the Movistar Team in a winding final part that included the Pollina climb and a steep slope where the Murcian took advantage of his usual power in the last meters to add his third win of the season, the 130th in his long and successful professional career. He also became the new leader of the general classification, with only Friday’s stage to finish in Mascali shortly after ascending Sciara di Scorciavacca.

The negative note was the fall he suffered just after crossing the finish line, after stepping on a cable guard located at the exit of a curve. The only bad memory of the third anniversary of his world title in Innsbruck.

“So happy to have achieved this victory! We came here today with an aim at claiming the victory, and we succeeded – even if the end of the day was a bit unexpected. It was unfortunate to lost control of the bike over those cables, but I think it won’t be too serious. Let’s see how we sleep and how we tackle tomorrow’s stage.

“Above all, I want to thank all of my team-mates, because it was due to their effort that I could take this. It’s a victory that brings me so much peace of mind, knowing now that I’m doing OK. I’ve been able to train well these past few weeks, I recovered fast and I showed again today I’m fine. My goal, both here in Sicilia and in the next few days, is to gain some racing form to be up there for Il Lombardia. I know it will be hard, but the good thing is we’ve got an extra win to celebrate now!”