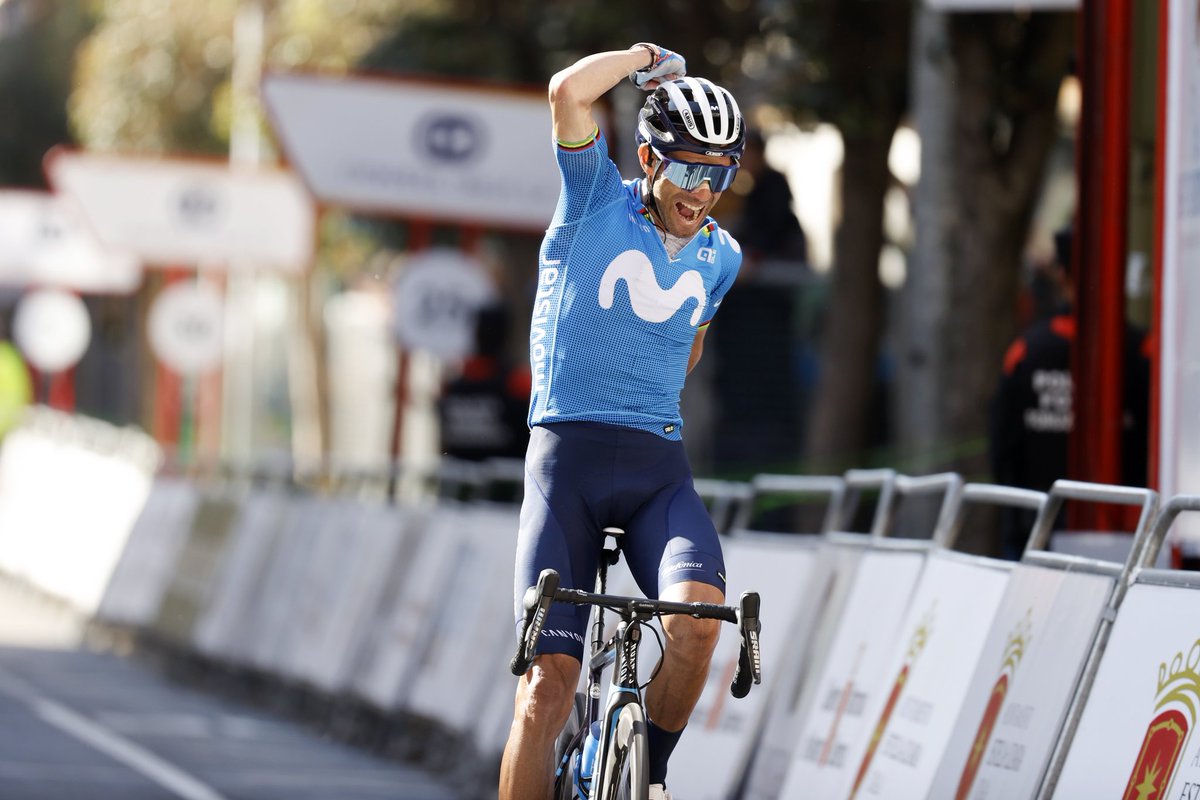 Great stars never forget to win. Alejandro Valverde offered this Saturday a real show of strength to win his third GP Miguel Indurain in Estella, the confirmation of what his latest performances pointed out. Valverde attacked for the first time 10 kilometers from the end, in the middle of the climb to Erául, reaching Luis León Sánchez right at the top of the port.

Not even the superiority of Astana when Alexey Lutsenko reached the duo, attacking in Muru, prevented Bala from recovering the head of the race and attack again in the final ascent to Ibarra to leave alone and score a success that inaugurates the individual box of the Murcian and the Movistar Team collective this season.

128 victories currently adorn the record of a rider who will rest this Sunday before starting six impressive days of cycling in the Itzulia Basque Country on Monday.

Quotes: “I want to thank everyone who supports me and all the people who cared about me and enjoys cycling. I’m super happy with this victory today. I want to thank the team, too, for their great job. We knew it was going to be a difficult day, with Astana being the strongest block today and doing a great job to keep the race under control from the beginning.

At that final race situation with ‘Luisle’ and Lutsenko I was in a bit of fear – we’re talking about two super strong riders, which made it not easy to manage. When Lutsenko went so fast after Muru and took those meters I knew, though, that it wasn’t long until Ibarra, and I used my energy well to remain close and then, at the final part of the climb, give it my all with that final attack and open that gap.

This victory gives me so much joy and confidence towards the Itzulia – hopefully we can have as good weather there as in Navarra. My legs are feeling well and we’ll be bringing a great them there. I want to dedicate this victory to our great friend, Gary Baños – wherever he is, he will have surely enjoyed that one. Things are starting to go well for us as a team, and that’s important to keep improving and leave more challenging times behind.”