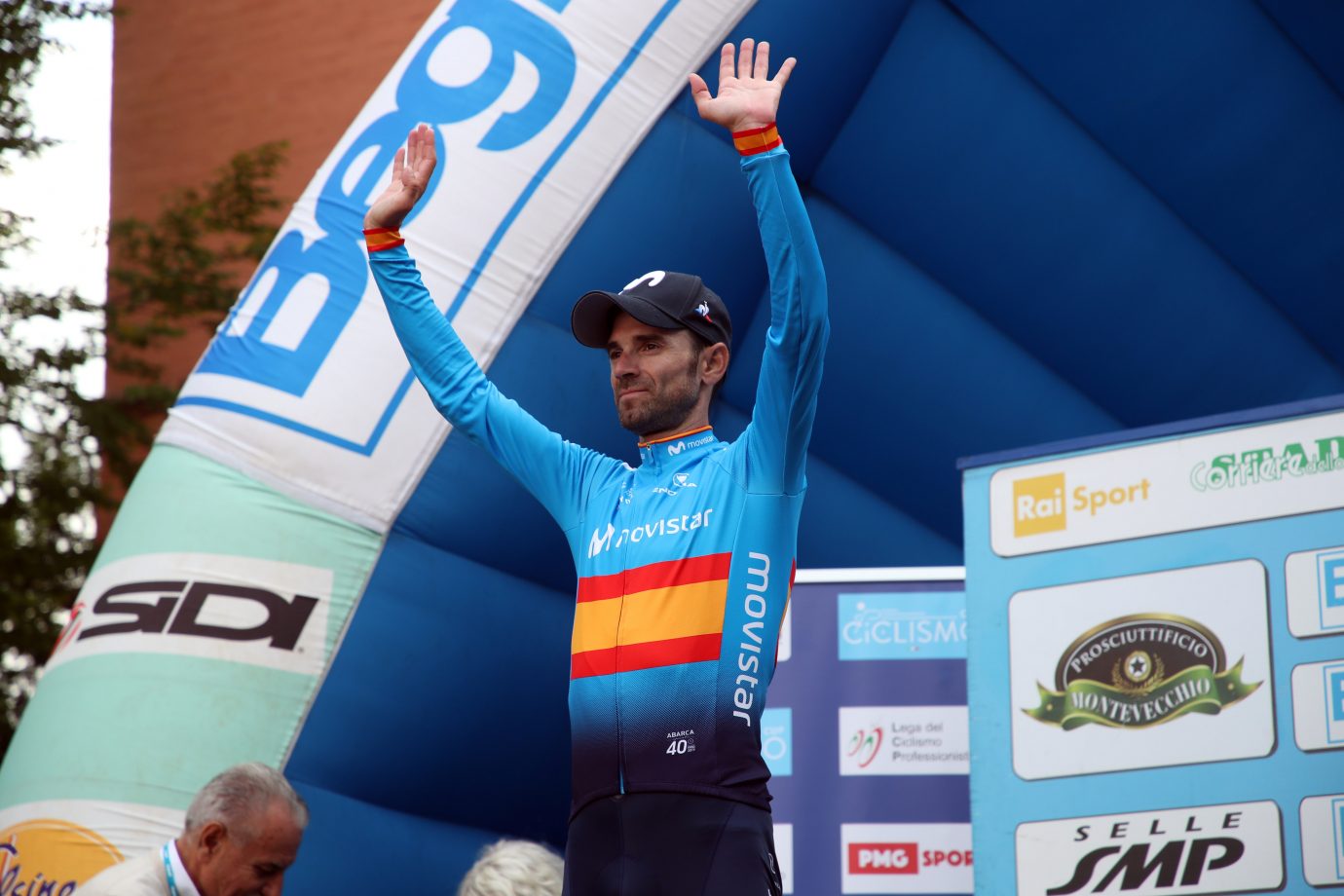 Although it was not in his plans, Alejandro Valverde finally participated this Sunday in the Gran Premio Bruno Beghelli, second consecutive effort in Italy after the fifth place achieved on Saturday at the Giro dell’Emilia. The Movistar Team man fought with the best in the successive climbs to San Luca, judge of the event that opened this end-season tour and that the Slovenian Primoz Roglic (Jumbo-Visma) won with an attack on the last kilometer.

Regarding the Beghelli, Valverde and his team raised an ambitious race, working at the head of the increasingly small group in the continuous steps along Zappolino. It would not be on this climb, but on his last descent where the race would be resolved. Seven men to the attack: García Cortina and Colbrelli (Bahrain-Merida), Haig (Mitchelton-Scott), Guillaume Martin (Wanty-Gobert), Gaudu (Groupama FDJ), Mollema (Trek-Segafredo) and Valverde himself. It was enough to fight in Monteveglio for a triumph that Colbrelli, the fastest in the group, scored ahead of Valverde, who again confirmed his remarkable level whenever he competes, from January to October.

His 2019 in UCI race will conclude on Saturday 12 in Il Lombardia, the fifth and last Monument of the season.