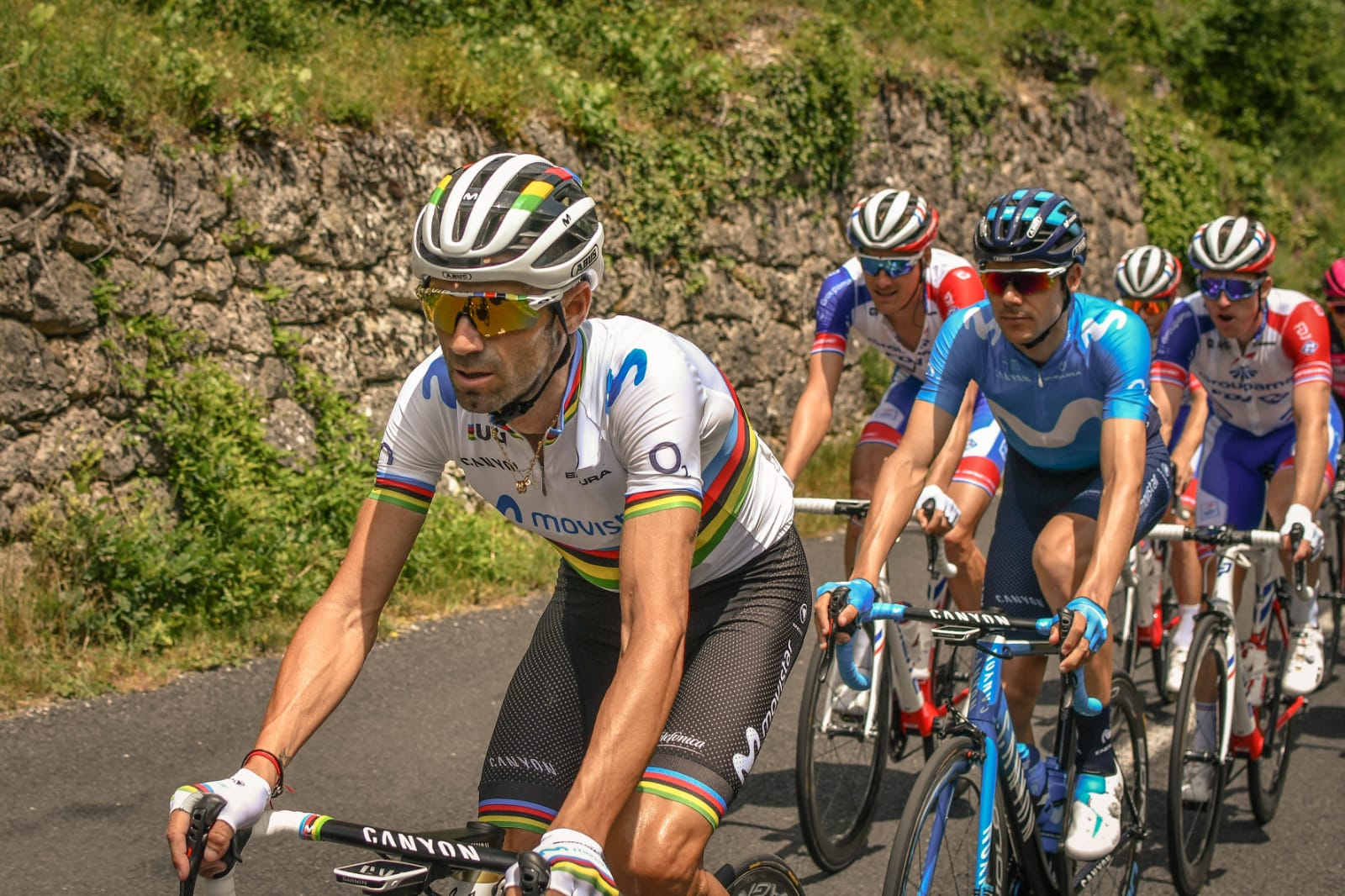 One more time, Alejandro Valverde will take part in the most important tour of the international calendar. Although the French grand round did not fit into the initial plans of the Movistar Team rider, his injury weeks before the Giro d’Italia has led the Murcian rice to this race, which will race for the first time wearing the world champion jersey.

It will be the twelfth Tour de France for the Bala, who has achieved important successes on its roads: four stage triumphs, the third place in the overall of 2015 or the honor of wearing the yellow leader’s jersey during the 2008 edition. More than a decade of history, where fits bitter moments as the fall in the prologue of 2017, causing a serious injury that did not get away Valverde from professional cycling.

At 39, recently renewed two more seasons with Movistar Team and with the title of champion of Spain still fresh, Valverde faces this Tour next to the two men of his team with aspirations in the general classification: Nairo Quintana and Mikel Landa, looking to contribute as much as possible to the options of the Colombian and the Basque in the fight for the yellow jersey, but without giving up looking for stage wins.

This Tour de France will pay tribute to Eddy Merckx departing from Brussels, will have a first mountain stage the first weekend thanks to the end in La Planches des Belles Filles, Pyrenees before the Alps and an individual time trial of 27 km. Tourmalet, Mur de Peguere, Izoard, Galibier, Madeleine, Iseran or the end in Val Thorens appear as some of the mythical peaks of an edition where Movistar Team will have a powerful eight formed by Valverde, Quintana, Landa, Soler, Erviti , Verona, Amador and Oliveira.